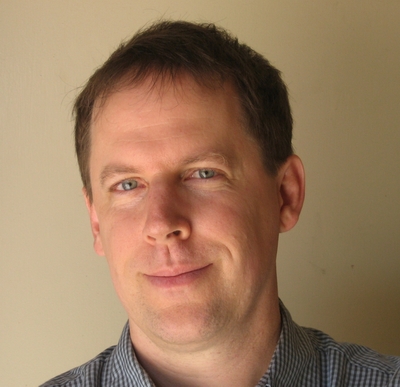 Meet Mark Coker, the founder of Smashwords, a free ebook publishing and distribution platform for indie authors and small publishers. When it was launched two and a half years ago, Coker said his aim was to develop an online publishing system that would circumvent the gatekeepers and allow authors anywhere in the world to publish their books. Ultimately, readers would judge for themselves the value of the authors’ work.

True to his word, he has since helped over 8,500 authors around the globe produce, publish and sell more than 20,000 original ebooks by simply uploading their finished manuscript as a Word file formatted to the requirements in the Smashwords Style Guide. It is then automatically converted into nine ebook formats and sold at a price set by the author. The service is free.

Smashwords earns a 15% commission on the net, and pays 85% of the net back to authors for book sold on its site. In addition, Smashwords has managed to seal distribution deals with several major online ebook retailers such as the Apple iBookstore, Sony, Barnes & Noble and Kobo, as well as mobile app platforms like Aldiko and Stanza.  Indications are Smashwords is gaining popularity and causing writers, readers and e-book retailers all around the world to sit up and take notice. Recently publishing guru, Mike Shatzkin urged authors and agents to take a close look at Smashwords as a potentially more lucrative option for authors. Two book-review blogs have also started reviewing books by Smashwords authors – Smashwords Books Reviewed and EFINDS. Both sites are run independently of Smashwords.

This week I had the pleasure of doing an email interview with Coker about the progress of his venture. I was also eager to know whether he had also envisioned creating publishing opportunities for writers in ethnic-minority communities within and outside of the US, including Africa, parts of Asia and the Caribbean which have long been relegated to the margins of the global publishing industry.

As I’m sure you know from personal experience, if you’re an aspiring writer trying to catch the eye of traditional publishers or literary agents, it can be extremely difficult and discouraging. If you’re approaching them from countries outside of North America, Europe and the UK it is doubly difficult and often you’re completely ignored.  Should such writers consider Smashwords as a workable alternative to getting published?

Mark: Yes, the problems you describe represent an amplification of the challenges even professional writers now face in these more established literary markets.  It’s tougher than ever for talented writers to land an agent or a publishing deal.  Agents and publishers are adopting a more risk-averse attitude toward new, unproven writers.  If you don’t already come to them with an established platform, and a ready fan base to sell to, they’re reluctant to take you on.  Writers in the Caribbean also don’t enjoy the same geographic access to agents and publishers.  Here in the U.S., for example, it’s easy for writers to meet face to face with agents at literary conferences all across the country.

In cases where a book requires targeted marketing to connect with readers most likely to be interested in the work – e.g. a Jamaican writer trying to reach the Caribbean Diaspora in the US, Canada and the UK – would Smashwords work for such a writer?

Mark: Yes, definitely.  The advantage of e-publishing via Smashwords is that we allow you to shatter all geographic boundaries that stand in between you, the writer, and your audience.  The future of book marketing is on the Web.  On the Web it’s easy to target your potential readership because new communities of special or common interests now form on the Web.  Caribbean authors have the opportunity to reach not only the Caribbean Diaspora, but also others who have an interest in the Caribbean, as well as the vast majority of all book lovers who want to judge you based on the quality of your book, not your address.  At Smashwords, we have customers in India purchasing books from Smashwords authors in Canada, and Canadian customers purchasing books from Smashwords authors in Africa, Japan or New Zealand.  Geography is meaningless in the ebook world.  Readers are united by a common language and a common desire to discover the next good books.

Few, if any, e-book retailers seem to make a point of emphasizing the cultural diversity of the books they offer, assuming that their stocks are indeed varied. Do you think such a pitch could potentially appeal to readers and give the retailer a competitive edge?

Mark: I think brick-and-mortar retailers have always appreciated diversity, but have been hamstrung by the financial impossibility of stocking every possible book.  In the online retailing realm, you can really see their commitment to diversity in full display.  An online ebook store can economically stock an unlimited number of books, so they’re wont to carry the widest possible diversity.  It’s one of the reasons retailers are so eager to carry the over 14,000 ebooks now in the Smashwords Premium Catalogue. It’s easy and cost-effective for retailers to make these previously obscure books discoverable to anyone who’s searching for them.  Physical bookstores don’t have the luxury to stock for diversity.  They need to sell as many books per square foot as possible.  The economics of brick-and-mortar bookselling necessitate this focus on commercial potential, whereas the ebook retailers can give every book a chance to find readers.

One of the reasons I started Smashwords is because I realized that one of the great fundamental flaws of the traditional book publishing business is that publishers are forced to judge books based on commercial potential.  I think that view is myopic and dangerous to the future of books.  Publishers shouldn’t decide what gets published.  Only authors should decide that.  And readers, who have the ultimate power in this business, should have the freedom to decide what’s worth reading.

Is it possible that the Smashwords publishing model and others like it can help to revitalize the literary cultures of places like the Caribbean by affording authors increased visibility and easier access to readers in the more developed markets like the US?

The disparity between royalties offered by Smashwords (and some other e-book retailers) and traditional royalties offered by publishers seems to be causing writers and agents to rethink the deals they’ve been making with publishers. Did you foresee this, and is it likely to force the publishing establishment to revamp their mode of revenue sharing, not just for e-books but print books as well, and offer writers larger slices of the pie?

For the last three centuries, publishers have held monopoly power in publishing.  They controlled the printing presses and the access to distribution.  With the advent of ebook self-publishing and the democratization of distribution – enabled in part by Smashwords – the power of publishing is shifting away from publishers and into the hands of authors and readers where it belongs.

Constantly it is claimed, within publishing circles, that the majority of self-published books are badly written and poorly edited – a glorified slush pile. Andrew Motion, chair of the judges on the shortlist for the 2010 Man Booker Prize, commenting on his experience as part of the judging panel said, “Not nearly enough novels get the editing they need.” Interestingly, he doesn’t seem to exclude books by traditional publishers from his comment. Does your experience lend credence to the view that self-published books are mostly bad?

Mark: I have great respect for the value traditional publishers can add to the publishing process.  They acquire quality books and then invest their resources and expertise to make good books even better.  While I think it’s fair to say self-published books are, on average, a bit rougher around the edges today than traditionally published books, this is changing.  Many self-published books are better written, better edited and better marketed than traditionally published books.  The practice of self-publishing is itself undergoing a renaissance as the successful authors share their secrets with fellow authors, and inspire others to raise their game.  Entire communities and support structures have emerged in the last few years to help self-publishers improve the quality of their books.  What we’re seeing now is a massive knowledge transfer, where traditional best practices of publishing are finding their way to self publishing.  I think the quality of self published books is much higher than it was just two years ago, and two years from now the practices will be even more evolved.

Can Smashwords writers also sell physical copies of their books?

Mark: Yes, though it’s not a service Smashwords provides.  As a business, we have no interest in paper books.  However, I do encourage our authors to consider print self-publishing using free print-on-demand services such as CreateSpace.  Smashwords authors who self-publish in print can add links to their print books from their Smashwords pages.

Beyond the actual distribution and sale of books, you seem to be reluctant to commercialize Smashwords any further. Why is that?

Mark: When you ask about reluctance to commercialize, do you mean, “reluctance to charge publishing and distribution fees?”  It’s very important to me that our services are accessible and available to every author for free.  We make our income by taking a commission on all sales we generate.  Beyond that, our sole focus is to help authors commercialize their books.  We help them publish and distribute their ebooks.  We help the author get their book out there, because next to writing a great book, the distribution, discoverability and availability of that book will determine how many readers it reaches.

Are you bothered by Amazon’s seemingly unrelenting dominance in the global e-book market?

Mark: Amazon is brilliantly customer focused.  I’m not bothered by their dominance.  I think they will continue to do well for decades to come.  But I don’t think they’ll maintain their current 80% share of the ebook market.  They must contend with similarly customer-focused competitors such as Apple, Barnes & Noble, Sony and Google, and they also face increased competition from a slew of innovative startups such as Kobo, or innovative ebook retailers such as Diesel, BooksOnBoard, Waterstones and eBookMall.  The opportunity for Smashwords is to serve as the digital distribution infrastructure that helps authors reach readers at all these retailers and future retailers.  We help authors efficiently get their books out there, and we help retailers efficiently gain efficient access to our large and fast-growing catalogue of books.

9 responses to “Interview with Mark Coker, Founder and CEO of Smashwords”